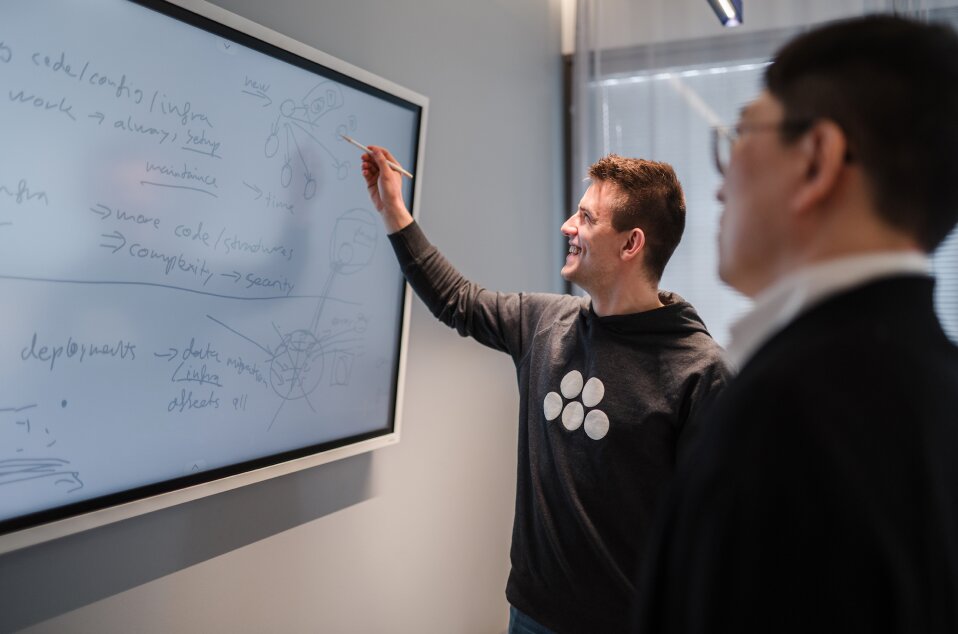 What makes a games industry professional swap a budding career in Munich for a new start in Helsinki? Not long ago Jon Jelinski – Backend Programmer at Metacore, made this very journey. So we caught up with him to find more about why he made the leap.

It was a chilly day in November when Jon first visited Helsinki, but there was something very familiar and agreeable about the way of life here – that he decided to make it his future home. The preliminaries for the move (from Finland’s end) went quite smoothly, especially thanks to many processes that could be done online. Four years after the move, Jon’s still mind blown by how his Finnish employer lent a hand in finding that first apartment, an act somewhat unheard of back home.

Leaving behind everything you know and starting anew is no easy feat, but Jon believes the local work culture helped very much on this front. One example of this is the low hierarchy in most companies, which gives you the freedom to decide how you’d like to reach your goals – allowing you to arrange your work around your life. Jon sees this as a very pragmatic approach that enables you to focus on what’s important. These are also some of the values he’s continued to enjoy and cherish since joining Metacore.

Finland is a very progressive country that's built on trust and the people here strive to live up to the duties that come with it. These ideals align really well with my belief of how things should be done.

During his time in Munich, Jon got the opportunity to work closely with a leading Finnish game studio. Meanwhile, he was also keeping tabs on world renowned games like Clash of Clans and Angry Birds that were coming out of Finland. He soon realized how Finland had a really high ratio of great games per person, which immediately put the country on the map as a go-to employment destination.

Jon also sees this ambition to ‘take on the world’ at Metacore – from the high standards set for the games all the way to the number of players the company wishes to reach. With Metacore’s first hit game Merge Mansion reaching over 20M players worldwide, the company needs the best people to join their fast growing team to continue to meet (and exceed) these ambitious goals. Jon believes this has opened really interesting roles within the company and also created a melting pot for some of the best talent in the industry.

Finland has to look to the world when creating things because you can’t survive by serving the home market or even the Nordic market alone. And this applies to Finnish gaming studios too. It might make things more challenging but it also forces you to have an international approach from the very start.

A tight-knit community to share ideas with and learn from

“The gaming industry in Finland is a very active and tight-knit community where everyone tries to help each other. So there’s a lot of support for companies and games that are just getting started, and it also creates a lot of new opportunities.”

Jon has observed that in Finland the games industry is taken very seriously (unlike in other parts of the world) and is recognized for the significant revenue and job opportunities it brings. As a result, a lot is invested into the local community and to support the next generation of game builders, be it new studios or emerging talent. The industry is also very open to international talent who can have their pick of highly skilled positions.

In order to continue to grow and thrive, this community needs professionals who are both talented and also share similar values. Jon gathers this why Metacore focuses heavily on finding people who elevate the company culture, and invests heavily on taking very good care of the people they already have. To sum up, Jon believes Finland is the best hub and Metacore is the top employer of choice, for games industry professionals looking for a well-balanced and invigorating career.

If you’d like to join Jon at Metacore, check out our open positions here.