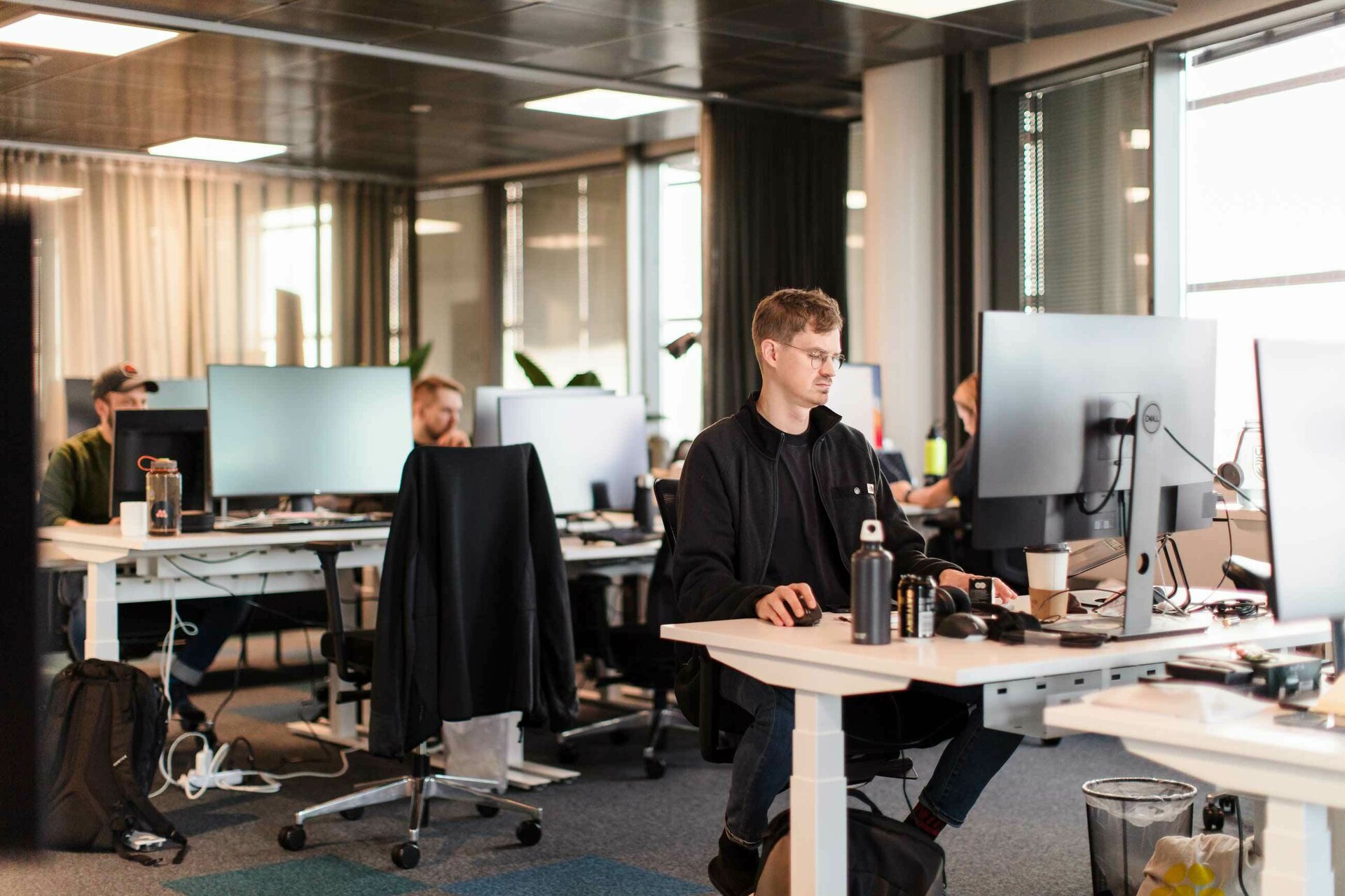 How can we add the most value for the players? This is the number one question driving Game Designers Tiago Rocha and Ari Kuokka to produce their best work at Metacore, everyday. So we asked them to tell us more about what that looks like in practice.

“One of the most important aspects about Metacore for me is that we work to make the best entertainment for the players. We create hypotheses and validate them with the players all the time and as soon as possible. This feedback process is an important part of our company culture and it anchors all our decisions. Every step of the way has been like an experiment, finding out what people like to do and play, and I love that”, says Tiago.

Having worked in the games industry for over 18 years, Tiago started his game designing career back in Brazil as a graduate fresh out of university. He’s one of the second generation of Brazilian game designers to move to Finland and worked for some of the top studios in the country—and co-founded a company—before joining Metacore. Tiago says it was exciting for him to find a culture that puts the players first at Metacore, which he tries to foster in every way.

“As a game designer, the key is to get the right level of challenge for our target audience. And to combine it with a nice look and feel, also not forgetting the sounds and music of course, in the gameplay”, echoes Ari.

Ari entered the gaming industry as a marketer 9 years ago, and then worked as a Product Lead for multiple game studios before fully diving into game designing. Since joining Metacore as a game designer Ari has found his past experience quite helpful to collaborate with everyone from art as well as programming to marketing, to create the best experience for the players.

Personally, I really get my kicks from creating fun systems and seeing people playing and enjoying them

Problem solving with art and technology

“I was delighted to find how well the company culture matched my own view of how a gaming company should work at its best. And I think it’s all about the level of trust which is really high at Metacore. When you’re hired there’s no one telling you what you should do. Instead, you can decide the most important work to focus on—in the realm your skills are most needed”, says Ari.

According to Ari, his days at Metacore are spent coordinating between different disciplines. As he sees it, designing is problem solving at its core, blended together with art and technology. You collaborate with many different people with their own ways of working, and it’s up to you to communicate the vision and make sure everyone’s on the same page. Also, Ari really enjoyed creating new types of events for Merge Mansion, that bring the real world into the game.

Adding to that Tiago shares, “when I go to the office my days are quite different, and I get to interact with other teams, ask questions and exchange ideas. These interactions facilitate the communication flow throughout the company—which is super important”.

On other days Tiago dives into a variety of tasks from designing a new feature and troubleshooting it to working directly with a writer to combine gameplay with the story, adding more meaning and value for the players. Daily syncs with his team, collaborative moments with fellow designers as well as playing other games is what gets those creative juices flowing for him.

I feel so much energy at work when I’m surrounded by other people having fun.

Making your mark on the final product

“Even though Metacore as a company is growing fast, the teams that are trying something new are super small and have the freedom to do the things they want, as long as it finds a market fit. As a designer, who’s part of a small team, you are also very close to the game, and you can make changes to it yourself and see the results right away. So the level of influence you can have on the final product is super cool and you learn very fast”, says Tiago.

“Overall we have a very fun and relaxed atmosphere at Metacore. Oftentimes designers need time to think and draw properly, and for the most part there’s a nice and calm vibe when we are working together. Of course we have deadlines and sometimes you need the push to get the best out of yourself. But there’s no constant pressure and you get to work very independently. This allows room for creativity”, sums up Ari.

If you’d like to join Tiago and Ari to design our games, check out our open positions here.